What are Learning Disabilities?

Learning Disabilities persist throughout the lifespan. However, they can be successfully managed by the following:

Learning Disabilities and their effects vary from person to person. Therefore, one’s pattern of learning abilities needs to be identified in order to find appropriate and effective strategies for compensation and remediation.

What is Attention Deficit Hyperactivity Disorder? 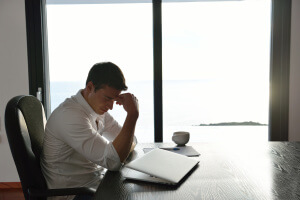 Attention Deficit Hyperactivity Disorder (ADHD) is a behavioural condition (neurobiological disorder) that is observable as early as the pre-school years, or early elementary school. It typically manifests most during transition phases (e.g.: beginning phases, such as starting elementary school, high school, or going away to College).

ADHD is a medical/psychological diagnosis that is typically categorized as:

Combined Presentation: refers to having symptoms of both Inattention and Hyperactivity/Impulsivity.

Interestingly, children and adults with ADHD can also “hyper-focus” (e.g.: “He/she can play with Lego, play video games, or watch TV for hours”). This does not mean that he/she does not have an attention problem.

Students with ADHD tend to struggle more with learning and are more likely to receive lower grades than their non-ADHD peers. They may also display disruptive or oppositional behaviours.

What is Anxiety Disorder?

Many students who have learning difficulties exhibit signs and symptoms of stress and anxiety. This includes fear of failure and fear of performance. These anxieties can negatively impact learning problems.

Symptoms of stress and anxiety can include excessive worrying, headaches, muscle tension, and irritability. It is important to determine if a student has trouble concentrating because of attention issues, anxiety issues or both.

Psychological counselling is frequently recommended in order to deal with issues related to anxiety. Often accommodations (such as additional time) can alleviate stress and anxiety related to examinations.

A great thank you for your input. By writing an accurate report and proper comments in our son’s report you have helped us a lot in obtaining a positive answer from the Ministère de l’éducation. Thank you for your professionalism.